Larian Studios
This may not be a popular position, but I have to say that after playing with the taunt changes to bypass physical armor, I don't like them very much.

The first reason is because there is now another occasion for me to end up watching combat more than playing it. I already feel like there are too many fights where the number of enemies and allies far outnumber my party and this results in watching the majority of the time rather than playing. It's just not fun watching for long periods of time without providing input. Now that enemy taunts bypass physical armor, I have few preventative measures against losing yet more control over a character. Sure, I can cure it if I happen to have a player with the scroll or skill, but that's a single target resolution against an AoE control effect that can't be resisted.

Enemy taunt now bypasses physical armor and their version is more potent than ours. My taunt simply forces them to attack a particular character but does not enforce what skills they use to do it. When I get taunted, enemies are free to burn through my strongest abilities and consumables with reckless abandon.

Even though our taunt is weaker than enemy taunt, our incarnates lost the ability to taunt.

I think this is a net loss for us, which may be fine if that is the intent. What I really don't like is the fact that the enemy gets a skill where I completely lose control of my character without any good preventative counter. It's not simply about the tactical challenge, it's the fun factor of being taken out of the fight and forced to watch.
While some of what you say does highlight one issue I don't like (AI taking over your taunted character is bull, I'd at least like it so that you still control your character, but any attacks can only be performed on the enemy that holds the taunt), however there is one mistake you're making in your summary...

Incarnates don't lose taunt. They simply don't get access to their taunt on their spawn round in which they're summoned. Their next round they do have it. I would have to pretty much agree with this decision. Previously, Taunt was nowhere near as effective as it should be due to the point that by the time physical shields are down, Taunt really isn't much of an issue anymore since at that point you go into full physical DPS mode and wipe the field. Allowing taunt on the summon round would be way overpowered. Dropping an incarnate with a ton of armor into the mix with a guaranteed taunt would be game breaking because it'd basically give your team a free risk free combat round.

Case in point... if I have a summoner in my party with a high enough initiative that he's guaranteed to go first when combat starts, I initiate dialog with a different toon. Switch focus to a toon outside of dialog, teleport all potential enemy combatants to a centralized location, go back to the dialog toon and initiate the combat, then with my summoner who's guaranteed to go first just drops an incarnate champion and taunts immediately. Granting your whole party a free risk free round of combat. That's WAY too OP.

I get that there's already an over abundance of "cheese tactics" in the game. But there doesn't need to be more. Especially when the point of the patch was to create a class/skill balance in an attempt to move away from the "all physical damage builds ruling them all" mechanic.

Originally Posted by DenverRalphy
Incarnates don't lose taunt. They simply don't get access to their taunt on their spawn round in which they're summoned. Their next round they do have it.

Not sure where you're seeing this. I just did a test to make sure I wasn't losing my mind and I never see taunt available. 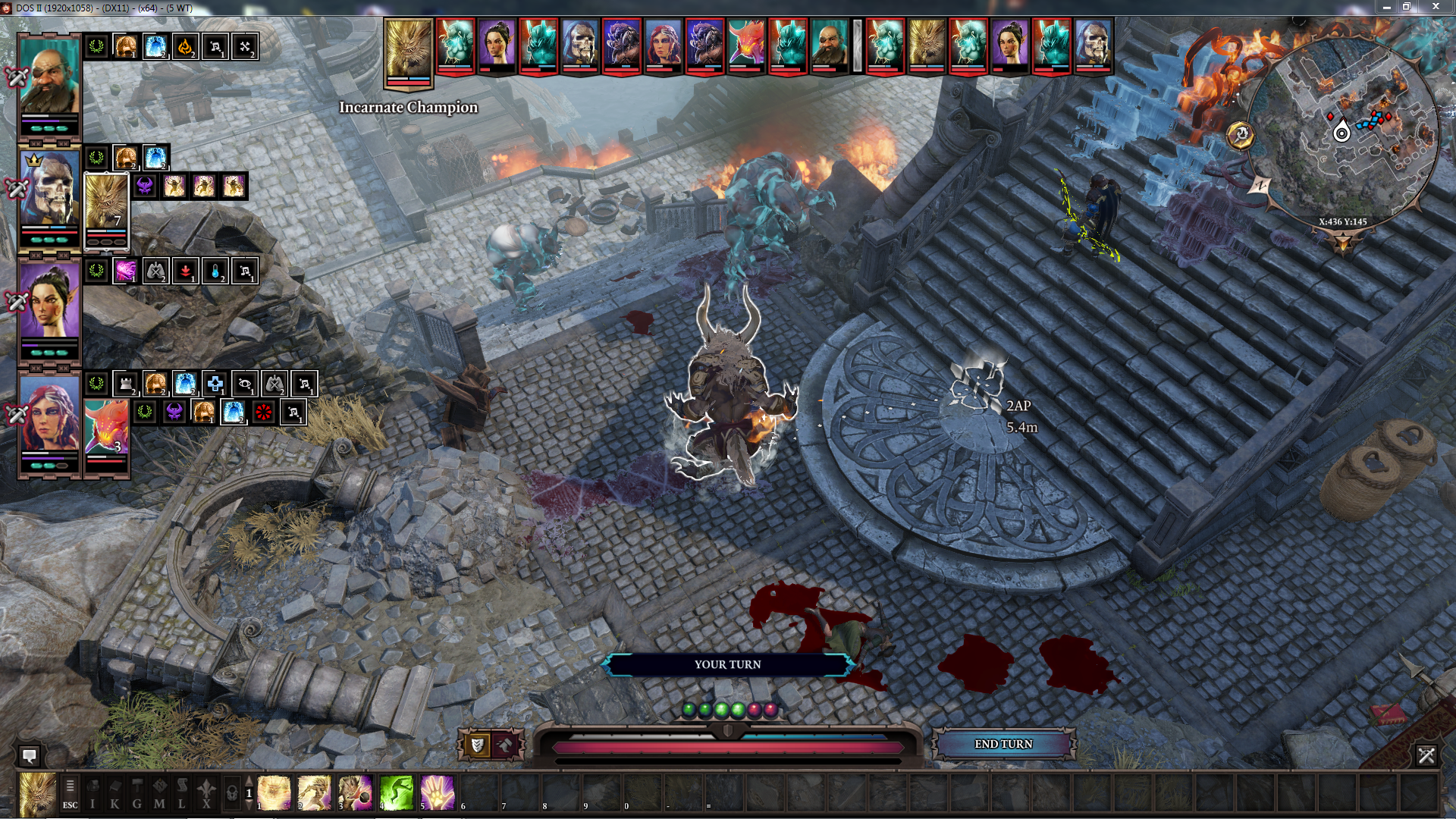 The current penalty for being taunted appears to be missing your turn and watching your character go crazy on all your scrolls or potions. Which is infuriatingly funny in its own right.

Random Garbage . hahaha well said..I wouldnt mind to watch the fight for a while if the taunted characters would be efficient.Anyway the combat system was not designed to have a tank as we know in other games.
You cant change and force it with this tweak.
© Larian Studios forums