Larian Studios
Is it possible to create a skill that deals a percent of the target's current vitality?

I'm having some difficulty understanding the behaviour of Damage: TargetCurrentVitality.

My skill currently is set up as:

[b]EDIT 1[/b]
Setting Damage to TargetCurrentPhysicalArmor appears to crash the game.

Trying with no Damage Range doesn't crash.
So like the "Gravity/Demi" Final Fantasy Spells?
Pretty much. I just don't know how to make the current vitality thing work. There are no examples in the base game to use.
I didn't notice this in the logs before.

[CalculateBaseDamage] Trying to calculate damnage based on Target Current Vitality, but tgtCharStats is nullptr!
There are 2 ways I found to do this:
1) Scripting. Story script will do.
+: flexible, can setup it the way you want.
-: damage numbers wont be shown overhead

2) Deal damage with Status_HEAL with negative number. There is a tab for vitality%based heals.
+: easy to setup, just apply that status with your skill ExtraProperty
+: damage numbers overhead
-: damage numbers may look strange

A basic example with story script.
Will deal 10% hp damage each time a status YOUR_STATUS is applied.

Description:
line#1: triggers when a status YOUR_STATUS is applied to any character
#2: checks current HP of a target and saves it to _CurrentHP variable
#3: subtract 10 from _CurrentHP and saves to _NewHP variable
#4: sets target HP to new value

Of course there should be more conditions, like checks if target has HP left > 0, and kill it if it has <0 left after apply,
or some target checks (is it dead, is it enemy, etc.), but thats the idea.

In case of HEAL damage numbers will look like this: 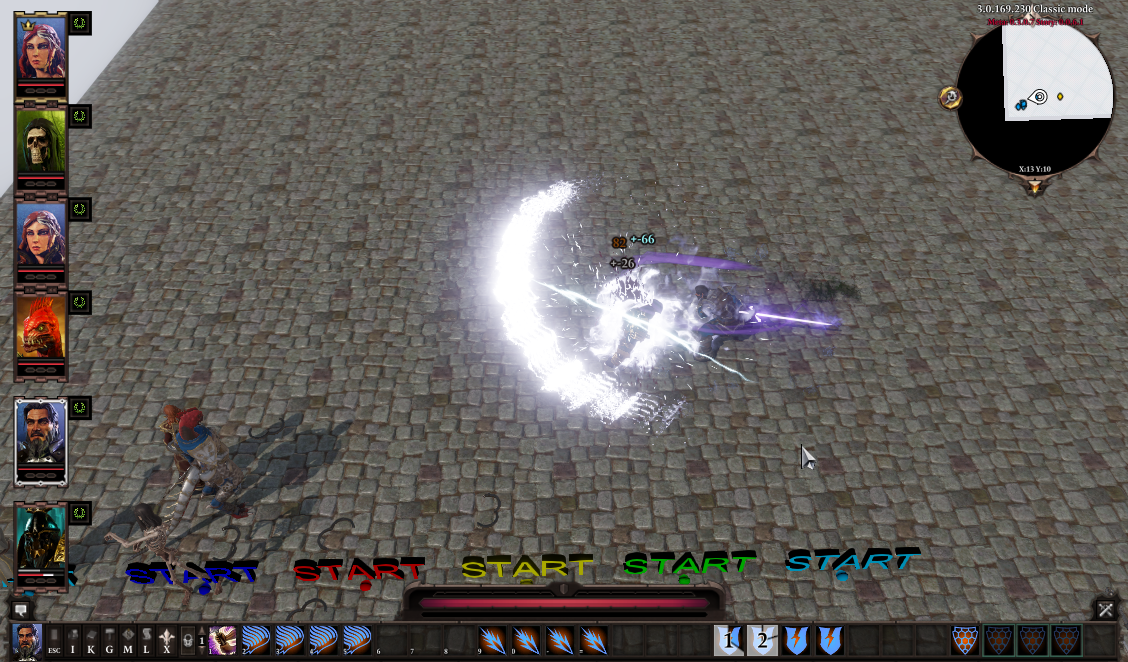