Larian Studios
Well I finally released my companion mod after some work.

With this mod the player is able to choose from 64 unique pets and companions that follow the player around.

Each player character can own a companion which will follow them around. Most can also aid the player in combat if the character chooses so.


=========================== NOTES ===========================
• Removing the character from your party will also remove the companion and money will be lost, so make sure to get your money back from the trader if you want to swap out party members.
• Well most companions can join their owner in battle it won’t necessarily be very balanced. Some companions will be very strong and others very weak and I changed no stats (So the plague doctor for example will not have any specific skills)
• I have not yet checked if all companions have battle logics and animations, I think all that can join battle have those things but if a companion does not do anything in battle then let me know.
• You have the ability to turn off random names (Not everyone wants their slave to have an identity

)
• Companions are immune to death fog for the sake of it being a pain otherwise. (Only really a thing when the owner character is an undead)
• You are able to unlock all companion tiers for all traders if you want to in the options section of the dialog. This gives you access to all companions right from the start.
• I have not tested this mod in multiplayer, technically if both (or at least the host) have the mod then I don’t think there will be a problem but let me know if it works or not.

• It’s hard to test every companion and every scenario but so far all problems have been fixed that were found. Let me know if any bugs pop up.
• You can use my mod to add new companions if you so desire but let me know before hand and don’t take full credit. (There is a “How to add companions” section in the story goal Init) 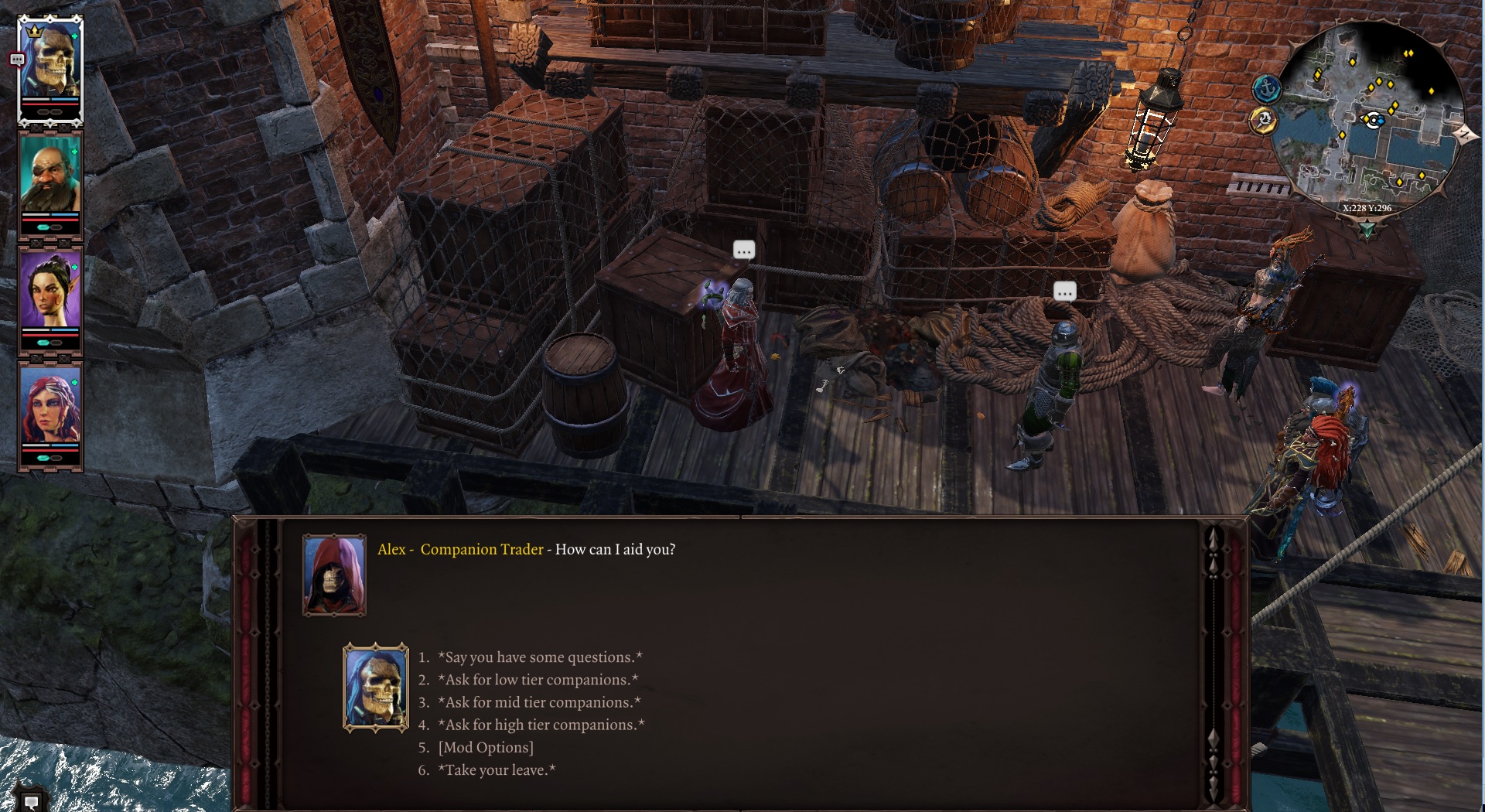 I probably should yeah. Just need to figure out the steps for that one

Yes, skeleton cat companion!
The other's are amazing too of course, but my heart belongs to little Furball the skelly cat <3
© Larian Studios forums