I welcome you and would like to introduce you (or welcome you back, if you are an avid D&D adventurer) to the ToMb Of HoRrOrs!

For those not familiar, I am porting the classic campaign from WOTC and Gary Gygax (whom owns all the story content, and I am merely a hyped fan) into the Divinity editor. Technically, this is the whole campaign Return to the Tomb of Horrors, so that the dungeon crawl has story, and not just a once off.

The Tomb of Horrors : Somewhere under a lost and lonely hill of grim and foreboding aspect lies a labyrinthine crypt. It is filled with terrible traps and not a few strange and ferocious monsters to slay the unwary. It is filled with rich treasures both precious and magical, but in addition to the aforementioned guardians, there is said to be a demi-lich who still wards his final haunt. (Be warned that tales told have it that this being possesses powers which make him nearly undefeatable!) Accounts relate that it is quite unlikely that any adventurers will ever find the chamber where the demi-lich Acererak lingers, for the passages and rooms of the Tomb are fraught with terible traps, poison gases, and magical protections. Furthermore, the demi-lich has so well hidden his lair, that even those who avoid the pitfalls will not be likely to locate their true goal. So only large and well-prepared parties of the bravest and strongest should even consider the attempt, and if they do locate the Tomb, they must be prepared to fail. Any expedition must be composed of characters of high level and varied class. They must have magical protections and weapons, and equip themselves with every sort of device possible to insure their survival.


NOTE: Still very much so a WIP

EDIT: Special thanks go out to fellow map contributor, Morgeth.
Old school! I would love to play something like this.

Originally Posted by Windemere
Old school! I would love to play something like this.

I'd like to thank you for your playlist of editor tutorials - they are what got me (and this project) up and running.

very cool idea
Originally Posted by RestingLichFace
...there is said to be a demi-lich who still wards his final haunt.[/b]

I'm not gonna play this whole mod, only to found out that there is no demi-lich and it was just a rumour. So can you confirm that there will be a demi-lich in the tomb, or not?

Okay jokes aside, gonna be interesting to see how this porting will progress.

There are already some threads relating to porting D&D, maybe they can be of interest.

DnD inspired skills mod
Thanks for the resources. It's a D&D setting - there's no getting around having to implement some new skills/items/gameplay. As for D&D skills, I have not thought too much about them, to be honest. A good chunk of skills already have an adequate counterpart in Divinity, but certainly could add more original D&D skills. The first challenge is to port as much as I can over, then worry about the clean up.

It's a tough choice, since the base gameplay is great on its own - we all bought the game. I may very well end up releasing 2 versions - one using only the skills granted in Divinity, the other would be much closer to a D&D experience.

However, I'm an old schooler, and I found the 5e D&D to be a bit... non-threatening. Not that it's bad, but there just isn't as much customization as I would like, as in say, 3.5e (which the pdf I am using is written for).

Finally, what kind of demi-lich builds a tomb and just leaves? I'd suggest replacing your head slot with the Head of Vecna. Let the knowledge God lead the way.

Update 1: Smoothly coming along with about 1/5 of the Tomb's innards. Some of the traps make me think, "how the bloody hell is that going to be scripted"

Super challenging trying to make it as close to the original.
Hah, the challenge is part of the fun. Looking forward to this.
Progress photo -
MAJOR SPOILERS BELOW

Update 2: I'd wager 80% of tomb itself is functionally complete, but ugly and in need of decoration. Then there's the story driving the campaign, which admittedly has not been touched at all... Will include another spoiler-photo or video of progress once I get at least a nice and clean skeleton going.
Sounds good. For me, decorating can be both be fun and challenging to make feel unique. Looking forward to seeing what you come up with on that.

Man can't wait to see your work.
Sorry, I've been busy as hell with other shit. I'll try to get a working video set tonight

Nothing fancy, just the working part of the main inner level.

EDIT - If I had a working screen capture program >.<
Happy New Year. I've been using either built in NVIDIA shadowplay for capture, or open broadcaster software when doing tutorials since it provides better controls. Looking forward to getting some teasers on this.

Happy new year, and I'll just preface this with 'long Jewish holiday season' - I have had arguably too much idle time, not doing much of anything.

As for the video capture, NVidia shadowplay is a nightmare. Overlays which sometimes work for select few games I have installed (even though they claim they are supported) and cannot even engage desktop mode. Sad part is the rig uses a GTX780M

Suffice to say, when I do get off my fat ass soon, I'll post a video through xsplit.
Cool, looking forward to it. Not easy to get up when your bones are frozen in sub-zero temperatures for two weeks.

Update: project ramping up (ish). After freezing, a ton of chatting with other modders, and some time to contemplate my poor life choices, work on the tomb is slugging right along.

Special thanks go out to Morgeth, for helping to contribute maps to this campaign.
Time to resurrect from the dead again! Modding and life don't mix well.
Update! It's been almost forever and a half. Here is a teaser of one of the hallways of the Tomb.
[img]https://i.imgur.com/FJZWGTq[/img]
Just started playing DIV II recently - First thing I do when I play any game of this type is look for any 'Old School' DnD campaigns. Glad to see someone working on Tomb, was a favorite of mine back in the day. Looking forward to seeing it progress. Falling trap looked great.
I realize it's been about 2 months since I last updated. NO MORE! Here, have a photo update of the swamp the tomb resides in: 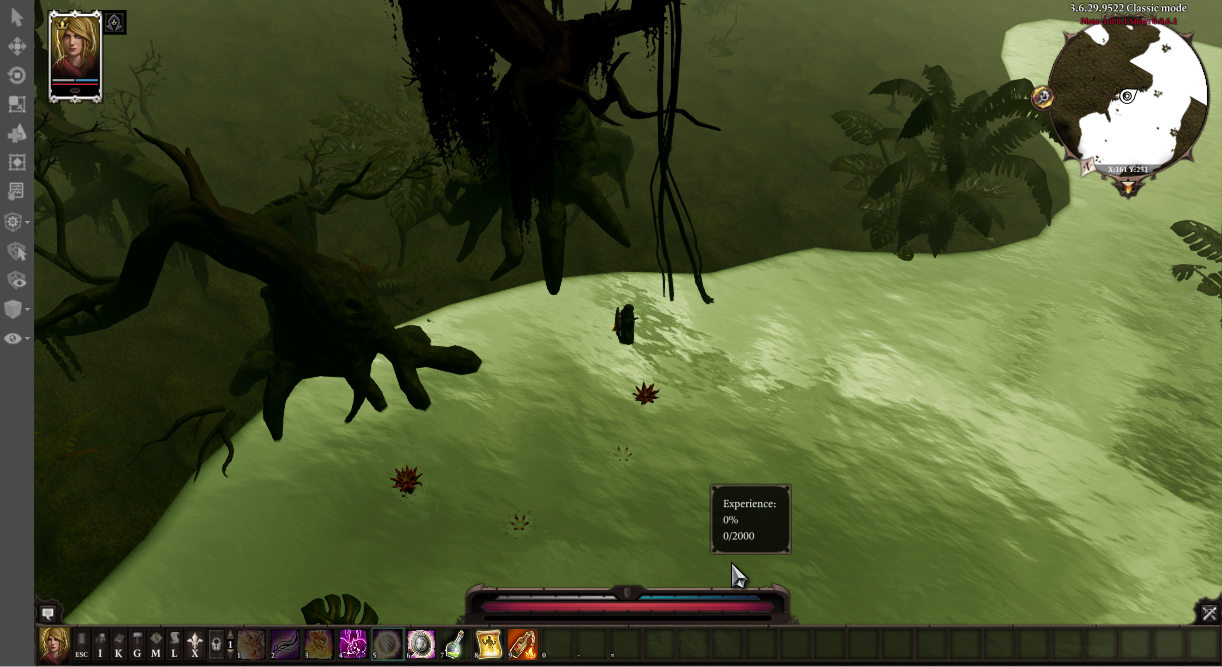 BONUS PIX:
Denizen master of the swamp
https://imgur.com/1JfOpmg
UPDATE. Trying to get more work in in between my real work. Difficult, but probably easier in the coming months. Have my first imported model with animation with material work to prove I am not sitting on my ass the whole time.

That actually looks great!
Many updoots to be had. Long project is long, who knew it would take so long?

Bonus: Boulder stealing your soul (mp4, w/ sound):
https://imgur.com/KNsVUao
Sorry for delay, but in about 8 more days I can finally resume work on this.
I'm still here doing work. It's just slow. And dominated with making the final boss. Enjoy the teaser 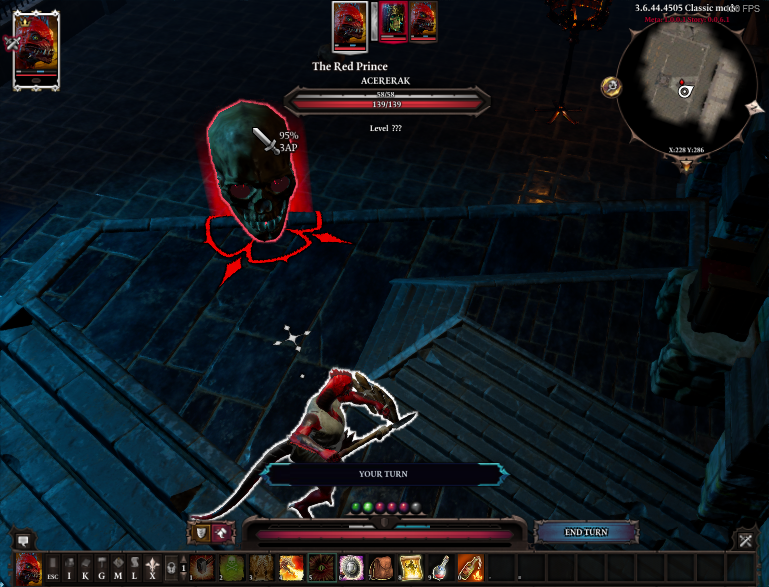