Larian Studios
I first have to say that I love BG3. I am sure it will be one of the best RPG games. Certainly, my favorite since the originals, fallout 1 and 2, and planetscape torment. I have finished EA on a first play though and I think I explored 95% of the content in about 20 hours. I likely chose the strongest class in EA (Dwarf/fighter) to make my play though easier. Here are my current observations:

There should be an attempt to recognize other members of the party when entering dialog. Example: I joined up with Gale prior to meeting Shadowheart and she spoke to my character as if he was the only one there. The dialog should change when there is more then one person is in that group. Similarly, it would add variety if different options in the dialog came from different people and not just the main character making the interaction more dynamic, so picking a certain option could be Astarion jumping into the coversation or Lae'zel sharing her views.

Graphics issues related to angles depending on when the dialog was entered, which I am sure the developers are aware. (Mouth not opening, character not laying on table when Volo examines but inside the table, etc)

1. I would love to have a separate compartment for spells vs consumable items (Scrolls), maybe parallel boxes so that its easier to keep tract of reusable skills/spells vs one time use.

1. Characters resting in the camp should all heal even if not on my team. I have asked another Gale to join and took Astarion off the party. We rested and upon asking the Astarion to join once more they he was still not healed or rested.

1. Pushing a character is a bonus action? D&D 5e rules state that is an action, and it should require a strength check contest. Perhaps this was done on purpose in the game? I think this move is too powerful and shouldn't be a bonus action. I find myself being able to attack (with chance of pushing) and shove. This makes fights much easier in locations where elevation can be abused or the final fight of the EA on the boat.

2. No way to trip a character with an action (shoving should give the options of knocking down or pushing away), but perhaps that was a design decision?

3. Being prone should give advantage on attacks of adjacent enemies, I am not sure that is happening? Anyone want to comment?

4. Gith party encounter when Lae'zel runs off. You can go back to camp get another member and fight 5 vs the encounter. I am not sure if that was a design, but also it seems implausible that resting for a day or two and walking off to camp should result in no consequences.

5. Gem mining is bugged because the chips many times disappear or they fly up and off the screen.

6. Bug also in Underdark when going toward the Spector and petrified dark elves on the last climb before the toxic cloud the characters start climbing up and then fall into the chasm. I had this happen multiple times with multiple different characters. You can of course avoid it by jumping or taking the other path, but still its a bug.

7. Bartering seems to not indicate what the attitude of the character is toward you. I feel like you should have a charisma check or persuasion check when you first interact with the character or based on the dialog options what their initial attitude would be, which would of course change the price of selling and buying items.


Let me know your thoughts. I will keep adding to the list.
Here's another for dialogue i'd like to see: Being able to use charm spells, animal speaking, read thoughts spells, ect.. in dialogue.
Yes, that is a great suggestion. It feels unnatural having to prep for a conversation by pre-casting a spell.
Originally Posted by Ange
1. I would love to have a separate compartment for spells vs consumable items (Scrolls), maybe parallel boxes so that its easier to keep tract of reusable skills/spells vs one time use.

I think the NWN2 interface would be amazing for this game. Quick bar on the bottom for the consumables and other items and another bar on the left side which you can toggle to display all your spells per level. 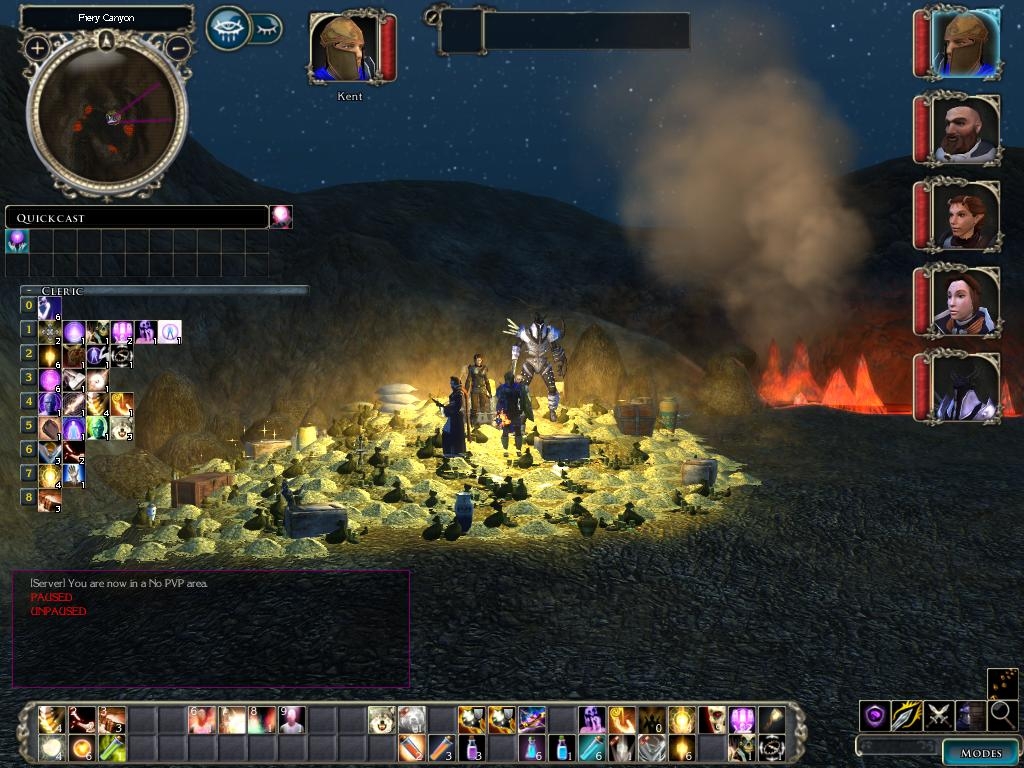 Originally Posted by EMTFields
Here's another for dialogue i'd like to see: Being able to use charm spells, animal speaking, read thoughts spells, ect.. in dialogue.

Yes, I love that idea. In early access it is not as important as there are less spells, but once things get complicated with so many spells that would be a great solution. Perhaps once you click on the spell it gives you an option at which level you would like to cast it, almost like what selecting an attribute to target Hex. Thoughts?
© Larian Studios forums