Steam refusing to refunds broken software because of going over the 2 hours usage vs consumer right act 2015.

Which do you think takes precedence , well... its the law, company policies be dammed.

I tried Balder's Gate 3,
This game should be in Beta testing not for sale , there are so many broken game mechanics is laughable.

1. Falling through the wold , again and again and again, from climbable objects like, vines, ladders in the goblin camp and the room after the moon puzzle
2. Game breaking issue, the moon puzzle wheels segments were flipping from plate to plate, switching places and even completely removed from the dial when rotating then....
This is a particularly bad bug because it was not fixable.
2a. Reloading save- issue persists
2b. Restart game - Issue persists
2c. Restart pc - issues persisted - game save file corrupted !

3, failing to draw the game screen completely on reloads, this is visible on posted youtube videos (a year ago) and still not addressed !
4, Visual display of other AI character constantly flicker whilst viewing their inventory (more so with the vampire character.

All this has brought me to the law because they refused a refund stating ( company policies ) laughable.
Ya patches fix stuff and brake others, what happens. This is early access, it even tells you this on the page you purchased the game, it's your own fault.
So... is this a bad troll or what?
He is trying the same on steam forums. Nobody is getting as rilled up as expected.
As others already said, this is EA and If you buy the game ob Steam, you get a warning accordingly. If you buy it nontheless, you do it at your own peril.
Tbh, I had some minor bugs, the most annoying one was that sometimes npcs don't move their lips, when talking, but so far nothing gamebreaking. Maybe something is interferring with your game?
In any case, bring those bugs to Larians attention, so that they can work ob removing them.
1 - An EA isn't even a beta. It's an alpha. By definition, not being feature-complete nor final.
2- The "two hours limit" on Steam is indicative and they can decide to ignore it on a case-by-case basis. Guess yours didn't qualify. I bet it may be related to the fact that you failed to mention how many hours already spent on the EA.
3- You didn't buy the game you got now. You bought the game that will release one year from now. Your preorder simply gives you "privileged access" to an in-development build. And you were warned ahead of your purchase
It baffles me that after all these years of Early Access games people still doesn't grasp what it is.

"Boohoo, I bought an alpha build game and it has technical issues". Well no shit Sherlock.
Sorry Karen, The software isn't broken as technically the software isn't even delivered yet. If they release 1.0 and then its broken...well the time limit for a return will have passed so...

Although it sounds like you are not a good candidate for Early Access games. Although at this point there isn't much that can be done. Maybe for future when you see Early Access tags on things that you just give it a pass so you don't burden people with your problems.

I imagine you are not getting much sympathy from any of the forums. Reading is fundamental.
Originally Posted by Peranor
It baffles me that after all these years of Early Access games people still doesn't grasp what it is.

"Boohoo, I bought an alpha build game and it has technical issues". Well no shit Sherlock.
Its not going to change, younger people coming to EA games for the first time, run into this. My guess is they don't read or don't understand the situation.
Maybe they should rebrand it.
"Pre-Order the game now and you get access to a glorified TechDemo!"
Maybe then less people will come and be angree about it not being fully functioning? 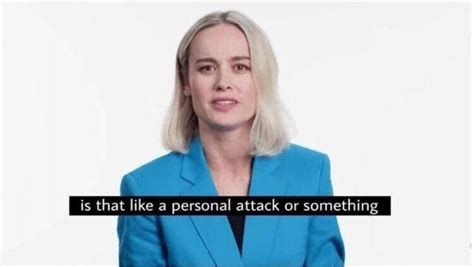 Err, the state of this game is kinda told to you multiple times before purchasing. It isn't hidden or anything, you were an informed consumer putting your money to a title that has openly admitted to being broken and unfinished because it is an early access. You agreed to buy and play a broken game, thereby (assumedly) bypassing the policy that lets you return broken games, especially because this is not considered a full release or anything close. This is closer to a kickstarter where we get a demo at every update and get to test some things, while Larian holds onto a ton of things themselves. Rather, this game is basically a preorder with the bonus of a glitchy demo. When the game officially releases and it is "broken" it is possible you may be able to raise your concerns with steam, but as it stands you got exactly what you paid for.
© Larian Studios forums